Here’s everything we know about the coronavirus outbreak so far

The death toll of a coronavirus outbreak sweeping China has reached 2,360, with more than 77,700 people infected worldwide. Here’s everything we know about the outbreak.

The coronavirus, which causes a disease now officially known as COVID-19, has spread to every province and region in China as well at least 29 other countries. Both the death toll and the number of infected patients exceed those of the 2003 SARS outbreak.

The zoonotic virus may have jumped from animals to people at a market in the Chinese city of Wuhan. Researchers think the virus originated in bats, and one study suggests the disease may have spread from endangered pangolins to people.

The US has reported 35 cases, and the country has flown pack passengers from a quarantined cruise ship in Japan, including 14 passengers with the virus.

The World Health Organization has declared the outbreak a public-health emergency, and Chinese President Xi Jinping has said the virus poses a “grave threat.”

Here’s everything we know.

The first case of the coronavirus was reported in Wuhan in December. The central Chinese city has a population of 11 million. 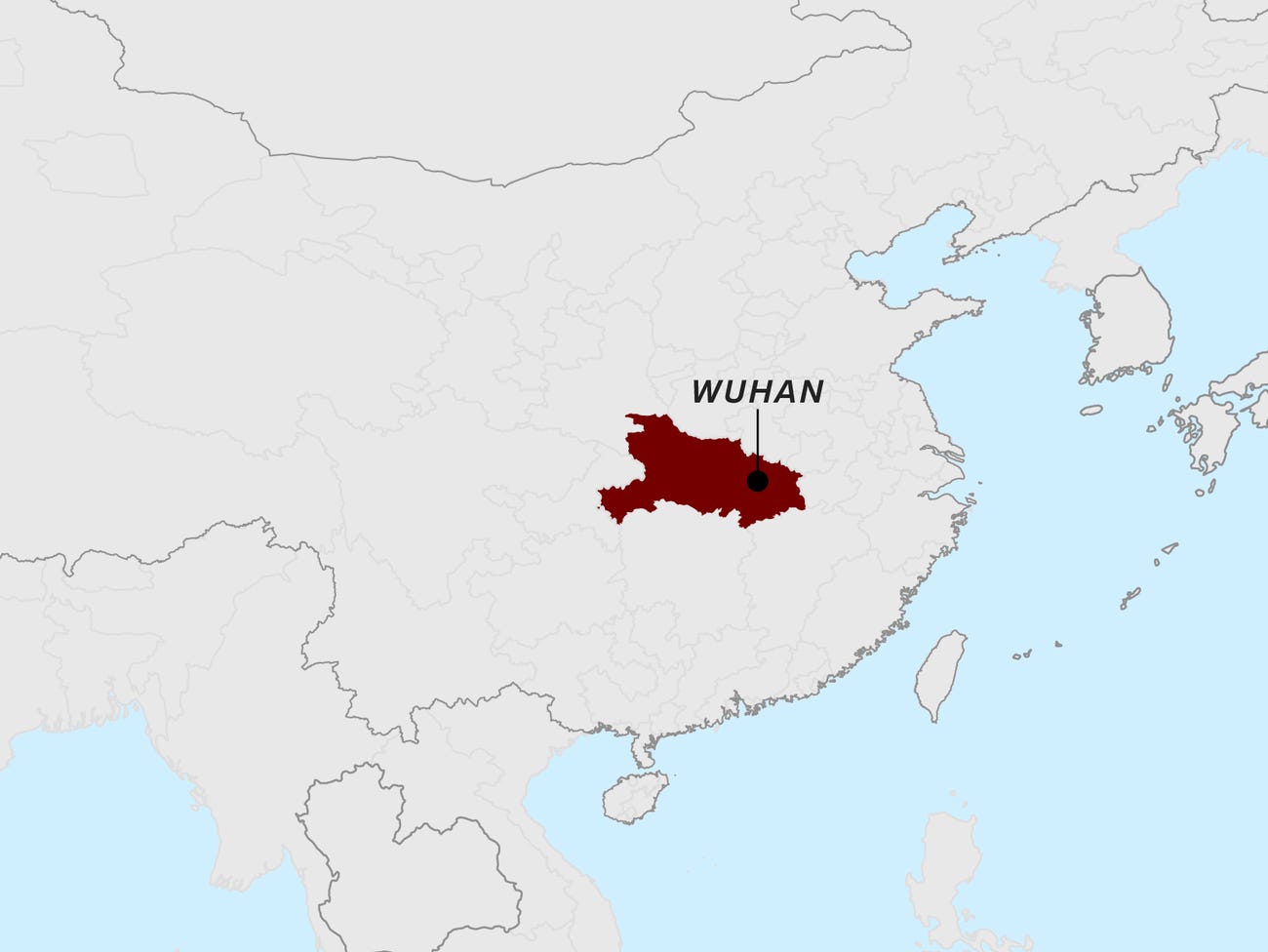 The virus’ pneumonia-like symptoms include fever and difficulty breathing. 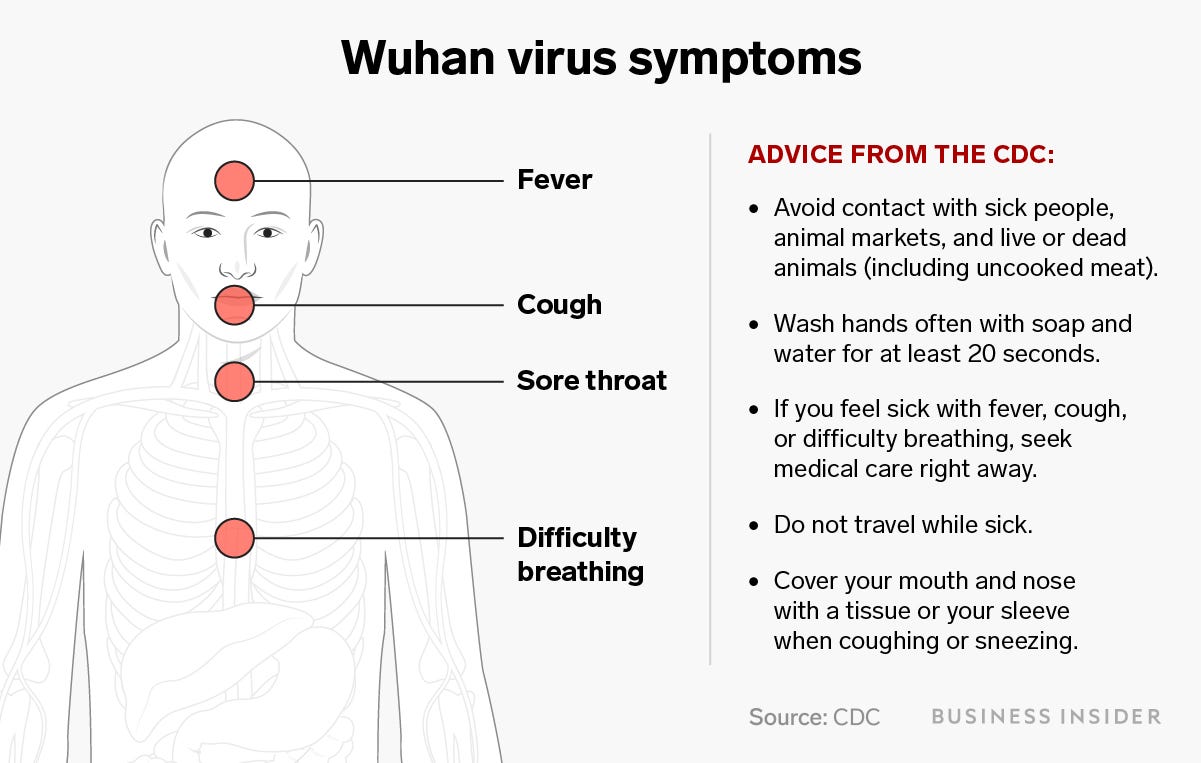 According to the Centers for Disease Control and Prevention, a person could be at risk if they have:

Fever and symptoms of lower respiratory illness, such as coughing or difficulty breathing, after traveling to Wuhan or having close contact with someone who was ill and is now under investigation for the virus in the past two weeks.

Fever or symptoms of lower respiratory illness after having close contact in the past two weeks with someone who’s been confirmed to have the virus.

Chinese health officials say the incubation period for the virus ranges from one to 14 days, during which time carriers can be infectious.

“The people who are likely to die first will have other illnesses,” Adrian Hyzler, the chief medical officer at Healix International, which offers risk-management solutions for global travelers, told Business Insider. “But as it spreads, it’ll pick up more people like flu does.”

Most patients who died were elderly or otherwise unwell, according to Chinese officials. 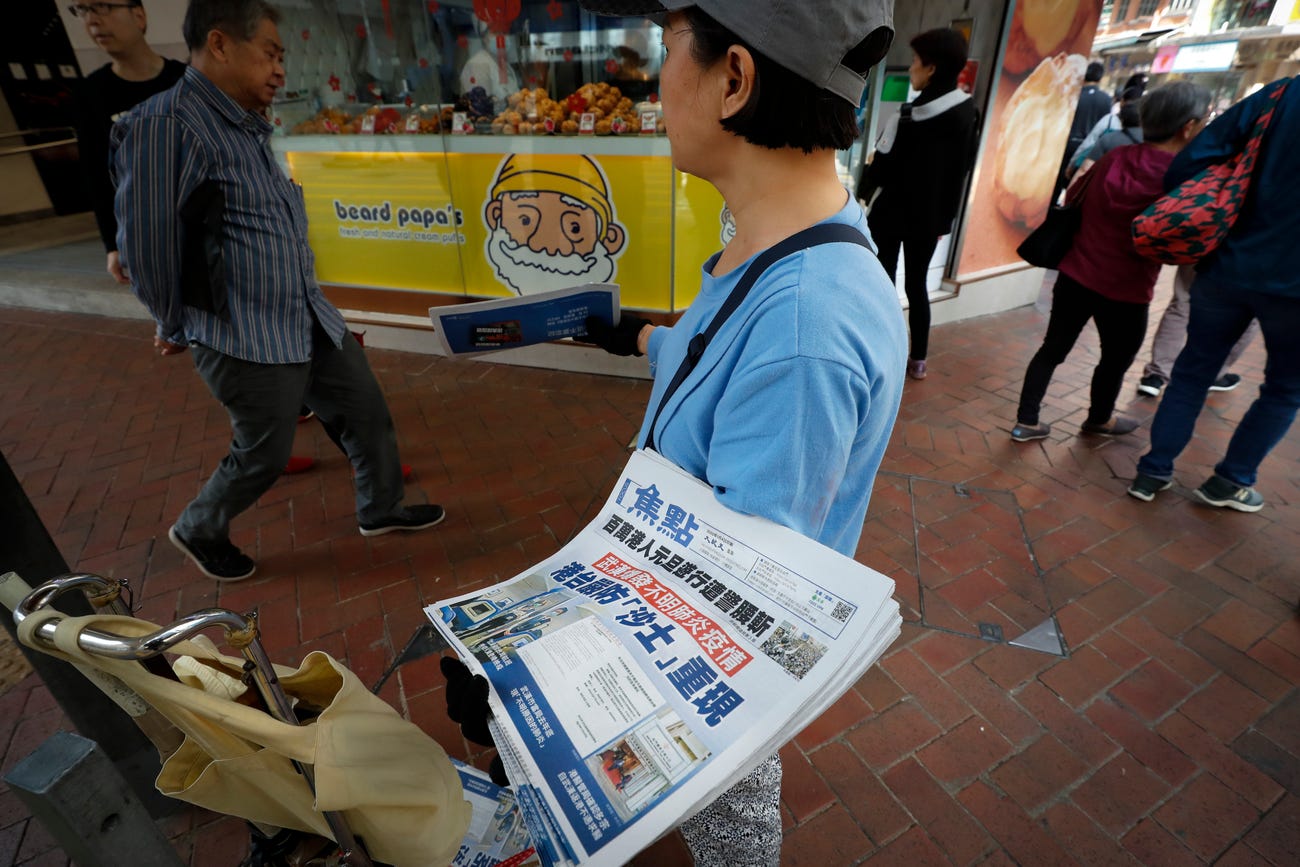 A vendor in Hong Kong on January 11 gives out copies of a newspaper with headlines about the coronavirus outbreak. Associated Press

The virus had infected at least 77,659 people as of February 21, with the vast majority of cases in China.

China has changed the way cases are counted multiple times. 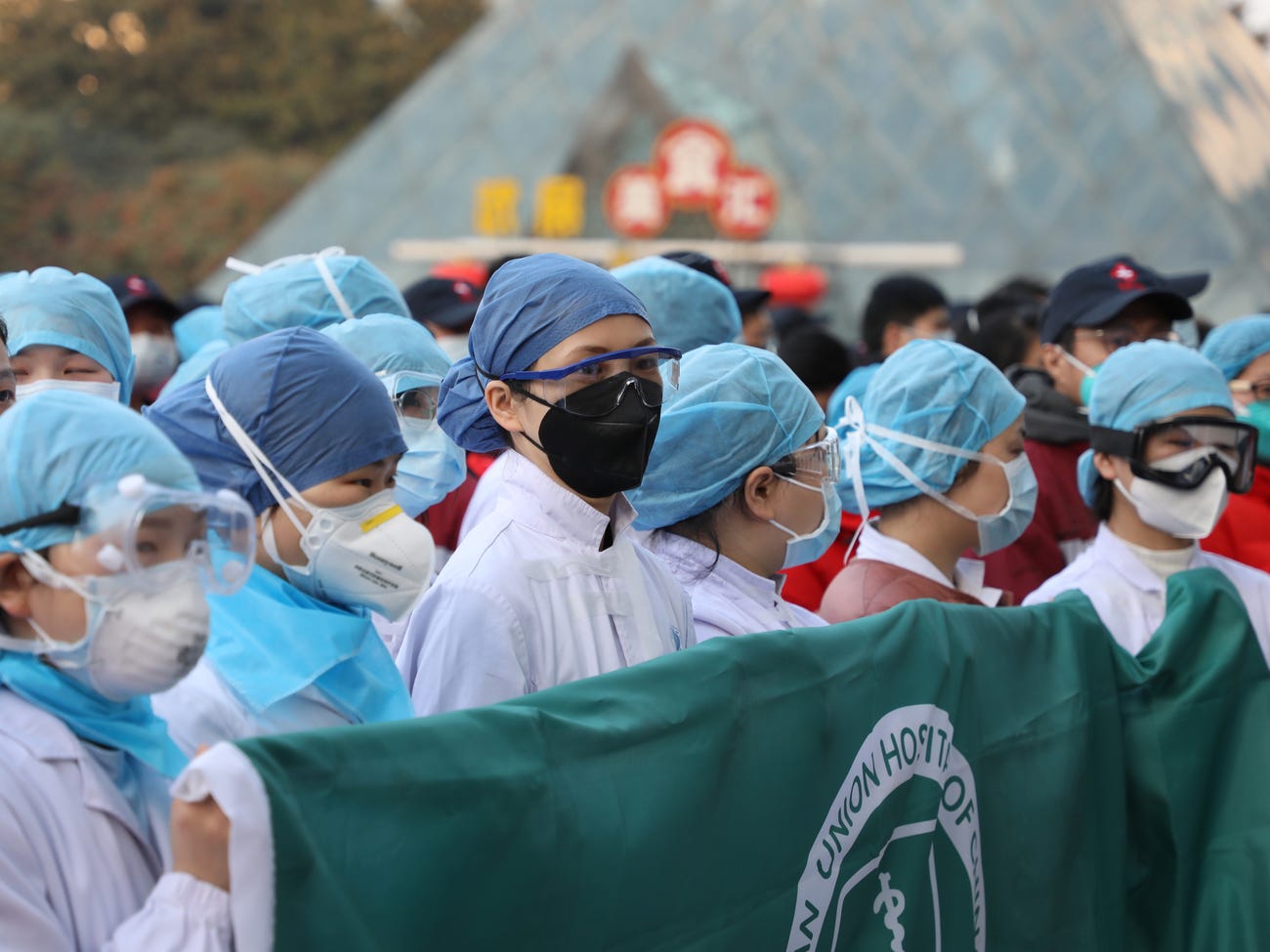 Medical workers wait together before taking over a large temporary hospital built in an exhibition center in Wuhan on February 5. @ Feature China/Barcroft Media via Getty Images

On February 13, the Hubei Health Commission added 14,800 people to its list of cases and reported 242 additional deaths. The commission said the jump was due to a change in the way cases were counted: The newer numbers included clinical diagnoses made via CT scans of patients’ lungs in addition to lab-test results.

But then on February 20, the comission went back to only counting lab-confirmed cases. Some patients that had been confirmed via CT scans tested negative for the virus, so they were subtracted from the total.

China’s National Health Commission also removed 108 deaths from the total fatality count on February 14, since it said those deaths had been double-counted.

The true number of infected people is probably still higher than the official total. 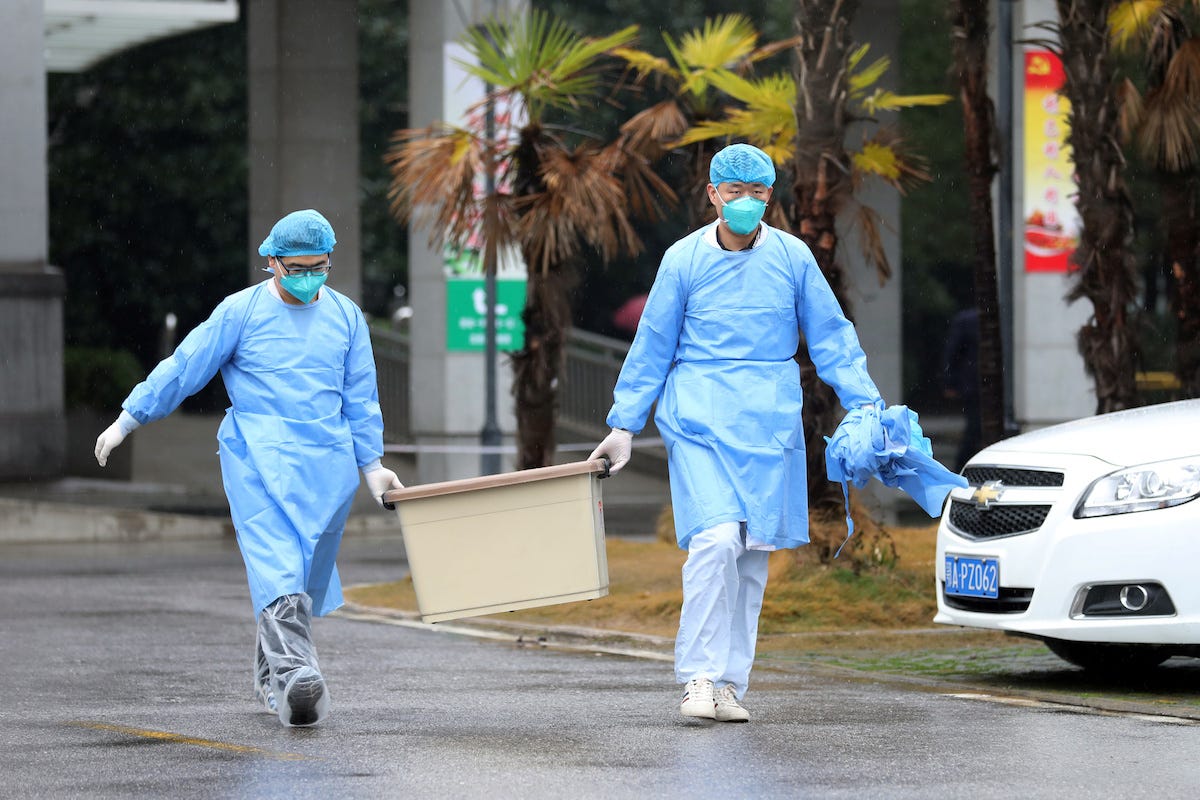 Medical workers near the Jinyintan hospital in Wuhan, which housed patients with the coronavirus, on January 10. Reuters

Academics from Imperial College London estimated earlier this month that only one in 19 people infected with the virus were receiving a diagnosis.

This chart shows the rate at which the novel coronavirus has spread.

Cases have been confirmed in at least 29 other countries.

Four patients in Iran have died, as have two in South Korea, a 70-year-old man and a 39-year-old man in Hong Kong, a man in the Philippines, a 61-year-old taxi driver in Taiwan, a woman in her 80s in Japan, and an 80-year-old Chinese tourist in France, and a 77-year-old man in Italy.

Vietnam Insider is a fast-growing media site with deep finance, enterprise, tech, travel, life and other industry verticals in Vietnam. If you want to share your story, publish a press release or just want to ask something, contact Vietnam Insider via editor@vietnaminsider.vn

Why Vietnam’s COVID-19 cases on the rise again

Why North Korea is calling COVID-19 jabs an...